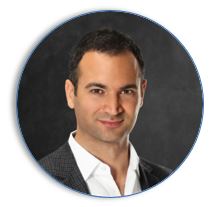 Kfir Gavrieli is the co-founder and CEO of Tieks. Tieks designs and sells a line of women’s flat shoes known for it’s signature split-sole, Italian leather, comfort and portability. Tieks was one of the early brands to sell exclusively through it’s own website and today is one of the top web-only fashion brands in the world. Kfir founded the company with his sister, Dikla, in 2008, and the line officially launched in 2010. The company has been recognized by Forbes (25 Most Innovative Consumer Brands), Inc (30 Under 30), Entrepreneur (Top 30 Startups to Watch), The Oprah Magazine (The O List) and several other national publications. Tieks is committed to women’s empowerment and, through the Gavrieli Foundation, has become the largest individual lender in the world on Kiva, sending over $ 9,000,000 to women entrepreneurs living in poverty around the world. Prior to Tieks, Kfir worked in the hedge fund, venture capital, real estate and tech industries.

He completed BA, MS and MBA degrees at Stanford and lives in Los Angeles.