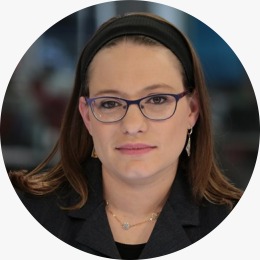 is a media personality and lecturer. Married to Yedidya, the mother of five. Lives in Jerusalem. Went on shlichut with her family 2019-2020, when she served as World Mizrachi’s Shlicha to North America.

She is a mother of five and lives in Jerusalem. Her live weekly broadcast about Judaism, Zionism and the media attracts thousands of listeners throughout the world.

She works for Israel TV news, writes a column for Yediot Aharonot newspaper, and hosts a weekly radio show on Galei Zahal (Army Radio). Her lectures on the weekly Torah portion are attended by hundreds and the live broadcast attracts thousands more listeners throughout the world. Sivan lectures in Israel and overseas about the media, Judaism, Zionism and new media. She was voted by Globes newspaper as most popular female media personality in Israel and by the Jerusalem Post as one of the 50 most influential Jews in the world.